Life seems surreal at times, especially when you get to a point where you realise you have been to hell and back and although at the time you had no idea how you would possibly survive, you realise that you did get through it and are probably stronger because of it.

I was asked the other day to list three moments in my life where I was sure life was over. The first: going to boarding school and being so upset and homesick that I tried to run away, having my very pregnant Aunt chase me around the streets of Toorak. I was 14. The second: waking up to find myself in ICU, on life support and paralysed after getting Guillain Barre Syndrome. I was 27. The third: sitting with my husband in the office of our Fertility Specialist, being told that there was no hope of successful IVF treatment and to ensure my life wasn’t in danger, his advice was getting a full hysterectomy. I was 32 years old.

I know that in all three situations I was scared, I was upset and would have been perfectly happy for life to have ended then and there. But it didn’t. I survived boarding school because it was only for a period of six months before my family moved to Melbourne. Being paralysed and learning to walk again took a bit longer than six months but I managed to survive that nightmare and am so much stronger and empathetic to others because of it.

The third will always be a work in progress but one that although painful and ever so sad, has given me the power to do something I never would have dreamed of should I have become a Mum.

My problems with infertility came about after I had surgery on my stomach contracted an infection which meant my abdomen had to be left open until my surgeon was sure I was infection free. This meant frequent trips to the operating theatre to wash out the area and months in hospital. The thought of not being able to have children never crossed my mind but shortly after everything had healed, I began to get pelvic cysts. These cysts were incredibly aggressive; I felt fine in the morning and hours later I looked like I was six-months pregnant and in agony. Initially, my surgeon would drain the cyst and I would go home but the procedure was becoming more painful. I was told that having a full hysterectomy was the only way I would ever get my life back.

It was a Monday afternoon. Matt had taken the afternoon off work. I heard my doctor’s voice telling me that there was nothing else they could do. My heart was pounding. My palms were sweaty. I began to feel the walls slowly start to close in around me. My breathing shallow, head spinning, and hands clasped tightly in my lap like little weights as if they held all the power to hold me down and resist the urge to leap out of my chair, wrapping my tiny fingers around his throat, preventing any more of his ugly truth from escaping his lips. I sat and stared, gazing just beyond his shoulder at the picture of his perfect family. I sunk further into my chair, the reality that I may never have my own photograph sitting on my desk at home.

If I made eye contact I knew it would be over. I knew the flood gates would open and I’d never regain composure so I stared and thought about… anything but being in that room. Wishing I had cancelled the appointment. Not knowing the truth. Continuing to believe that I could have a baby. I wanted to be anywhere but here.

As someone who’s lifelong dream was to be a mum, having someone seal a fate that didn’t resemble the one I had planned, felt like a million little daggers were being bludgeoned into my heart. What was I supposed to do now? What were we supposed to do now? I felt numb and depleted.

If that wasn’t hard enough, I was handed a mountain of paperwork which included my hospital pre-admission appointment, surgery date, and a referral to the menopause clinic. This made my blood boil. Why would I need to go to a menopause clinic? “I’m in my early 30’s,” I told the doctor. His response; “Naomi, as soon as your surgeons remove your ovaries, you will automatically go into menopause. It will be sudden and you will need to be on HRT (Hormone Replacement Therapy) because of your age.” I wish I had been a bit wiser and prepared myself better.

I had good days and bad days in the lead up to the surgery on 30 March 2015. I was okay until someone asked if I was okay then I’d either drop the ball or say I was fine and crumble on the inside. I was more worried about Matt and my family. There were numerous times when I told Matt he could leave me; that he deserved to find someone who could give him a baby. I think this was the only thing I felt I could offer him and I wanted him to have the option to leave. His response was always instant and it was not something he would even consider. I felt like I was letting my family down. I wanted to give my parents and in-laws a grandchild and my niece a cousin. But most of all, I felt that I had failed. I wasn’t able to do the most natural thing in the world and that somehow, it made me less of a woman and unable to contribute to society. No amount of counselling, reading or crying ever changed this feeling. Until a friend said to me, “I wish you knew your own beautiful worth”, followed by “Take my kids whenever you want. They are a nightmare at the moment!”

Whilst I had nothing but peace and confidence walking into the hospital the morning of my hysterectomy, I was still sad and a little disappointed. And that’s something I’ve been learning my whole life: peace and sadness are not mutually exclusive. Because for all the acceptance and healing I had experienced in the previous years, I still hoped perhaps the ending would be a little different. There was always the thought, “…but maybe…” in the back of my mind.

If I look at those first few days, I struggled. I had been told all about sudden-onset menopause but didn’t expect the effects to start just hours after the surgery. I was hot, itchy and confined to the bed with pain medication, antibiotics, feed and fluid. I remember wanting to be naked, and didn’t care that I was in a room with three other ladies. I couldn’t start on HRT immediately so I had to battle through. It wasn’t just the physical side-effects, mentally, I was exhausted.

Social media and the time on my hands as I healed didn’t help my frame of mind. A friend shared a picture of her pregnant belly on Facebook, and I thought about how I’ll never feel the kicks of a life inside me. It seemed like fertile women were everywhere and I couldn’t help but compare them to my new infertility. A deeper fear became clear: Was I less of a woman because my body was no longer capable of doing what a woman’s body was evolutionarily made to do? Was having sex even worth it anymore?

I grieved during all those nights I lay awake crying from the hurt in my body and the ache in my heart. It was in the arms of my husband and the love of my friends and family as we grieved our loss of not being parents.

Healing came with a slow, hard, quiet acceptance of a life I didn’t expect – wetting the bed, daily wound dressings, putting on 30kgs, not sleeping in our bedroom because it was no longer a place of hope, not having sex and refusing to leave the house. It came in looking in the mirror at all my scars and seeing myself as beautiful because of them, not in spite of them.

I remember I started crying in the shower after I was asked the question, “When are you going to have a baby?” I’d forgotten for the briefest of moments that I was truly and finally barren and entertained the thought that I may be pregnant. Almost immediately I remembered that was no longer even remotely possible and the tears came like a flood.

This is called hitting rock-bottom. Trust me when I say this. You are being a good friend, family member and stranger to avoid this topic. It only puts pressure on a situation you know nothing about. Pressure that someone trying to fall pregnant doesn’t need. Pressure on someone who is doing all they can to get through the first trimester with no complications. Pressure on the person who carries the sadness with them wherever they go knowing that they can’t fulfill the role of a mother in the traditional sense. You don’t know who is struggling with infertility or grieving a miscarriage or dealing with health issues. You don’t know who is having relationship problems or is under so much stress that the timing just isn’t right. You don’t know who is on the fence about having kids, or adding to their tribe. You don’t know who has decided that it’s not for them right now, or not for them ever.

How do I feel about having a hysterectomy at 32 years old? Well, a little sad. But mostly I’m incredibly grateful and I am at total peace with it. My life has been filled with deep grief and even greater joy. The things that have sometimes hurt the most have led to the most beautiful gifts.

When I hit rock-bottom, I saw a fork in the road. I could continue down a rabbit hole of self-pity and sadness, or look at this experience as an opportunity to spread kindness in the world. I chose the latter. designing and hiding “kindness cards” in random places around my hometown, encouraging people to undertake a random act of kindness in the lead-up to Christmas 2017. I received 32 astonishing responses after hiding 50 cards. One man who found one of my cards had his Christmas lunch money refunded and decided to take the homeless man he always greeted to lunch at a five-star restaurant. A lady, dying from cancer, believed she needed perspective and volunteered at a homeless shelter.

The generosity behind the responses was all I needed to create The Cool To Be Kind Project as a global kindness movement, giving people a platform to be conscious of their actions and to be aware of the feelings of others.

What am I worth? Plenty. I can show people they have the choice to look at life a little bit differently, maybe with a softer and kinder heart. More importantly, I have the ability to show people that we all can build our best lives; I have great days and days I would rather forget. Life isn’t perfect for anyone but it’s important to be thankful for the good that we do have in our lives. 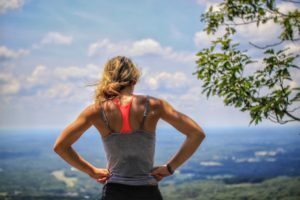 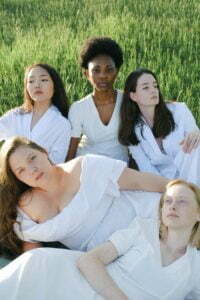 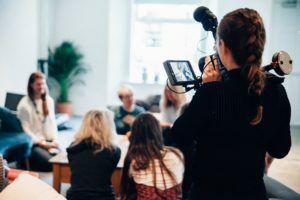 Are Women Socially Conditioned to Live a Life of Service or can they Choose a Life of Significance? 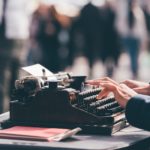 How to Discover Your Calling and Live a Happy Life 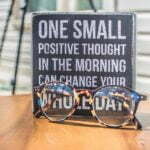 The Questions Are Complicated, But the Answers Can Be Simple 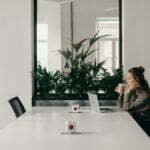 Role of mindset in personal productivity