In a Time magazine article, women are ‘on the brink of a massive power shift, a grinding of the gears of history’ and Fast Company declared that ‘women as a group have the power to define this century and beyond’.

International research, in general, is heralding women as saviors of the global economy, largely because they have become primary decision-makers with over a trillion dollars of annual spending power. And yet, at the same time, many women also feel powerless to create and achieve the things for which they most deeply yearn.

In spite of having achieved so many accomplishments to be proud of over the past two decades, the majority of women still feel something lacking; the need to achieve the holy grail of self-actualization that men have enjoyed for decades. According to Harvard Business Review, these women represent a growth audience that is larger than China and India combined.

But, despite their increases in wealth and social position, there are too few companies and organizations that are responding to women’s needs for solutions, for training, for products, or for services that are designed to specifically meet their new challenges and opportunities.

There is one industry that is perfectly suited to women’s needs and their considerable skills and aptitudes, but breaking into the real estate industry has not been easy for women; in fact, in South Africa, right up until the 1980s, they couldn’t even purchase property in their own right without a male co-signer.

And, in many regards, the industry is still a bastion of male domination, a field in which women remain under-represented at a senior level and are far less likely to attain executive positions – despite the fact that at least half the estate agents out there are women.

However, the tide is now turning for women and the next decade will be a defining period on many significant levels, especially in industries like real estate which are actually perfectly aligned for women’s needs.

With the sector becoming rapidly more organized, competitive and inclusive during the past two decades, there has been an increased infiltration of women in the industry, triggering transformation that has seen this sector evolve into a field with a much higher degree of professionalism.

In addition to the high levels of professionalism and diversity, it is also a line of work that is very well suited to women with excellent personal and professional growth prospects which allows women the flexibility to choose their own working hours, even from the comfort of their homes.

And, as more women enter the profession, it is becoming increasingly obvious that so many of the required competencies are those that usually come more naturally to women, namely familiarity with their local areas and active network connections.

Empathy is also a trait that often comes naturally to women, a trait that has been voted the number one leadership skill needed today. Women are also inclined to be more patient towards clients’ needs, which is essential when one considers that buying a home is as much an emotional investment as a financial one and this often results in a higher client satisfaction ratio.

As a result, there are now several notable female executives and a growing number of inspirational and successful women in the local industry who are making waves.

Yael Geffen, CEO of Lew Geffen Sotheby’s International Realty, believes that there are many inspirational and successful women currently in the industry who are more than capable of following in the footsteps of female pioneers like her grandmother Aïda Geffen and Pam Golding who were instrumental in shaping the local industry.

So why aren’t those numbers translating to more women moving up the ranks into management positions in their local offices and at the national level?

“I think that, as a whole, South African women generally experience a level of insecurity when it comes to going out and getting what they want. Even when I was appointed CEO I felt that I had to prove myself, not only as a woman but also as a parent, and I’m not sure I would have felt as much pressure had I been a man.

“Very few women have my grandmother Aïda’s spirit and passion to always uphold her beliefs, joining protests and marches and even being arrested for doing so. Both she and Pam managed to make the transition from agent to CEO and spearhead powerful national brands.

“Unlike men with career ambition, most women will wait for an opportunity to come to them, they won’t ask for that promotion or request inclusion in a management training program. And they usually do so out of fear. Fear of negotiating, of being turned down, fear of failure. So, they wait their turn, hoping it will happen without them having to ask.” However, Geffen believes that it is not only lack of spirit and confidence that hampers women’s advancement in the industry today.

“Back in the day real estate was a lucrative and appealing industry for females as it offered more flexible hours than a 9-5 job which allowed them to still be available to children and family. It didn’t require a university degree and certainly didn’t have the entry barriers that the industry has today.

“And, let us not forget that many of the largest real estate firms, not only in South Africa but globally, are run by family dynasties where the baton has typically been passed down to the sons which has reinforced male domination in a relatively traditional industry.”

“I remember when I lived in New York and was the only female in management at the company I worked at, the guys would toss a football around at every meeting, but they never thought to pass it to me. One day I asked them to include me and, although they were shocked, they obliged.”

These days, Geffen accentuates her femininity by wearing dresses where possible and soft colours like pink.

“I show emotion to my staff and also ask for their opinions. I am not afraid of my own tears – it makes me authentic. I would rather be myself than try and overcompensate by being tough and clinical. Although I am amused to note that I am still sometimes referred to as ‘he’ in articles.”

Geffen says that she has begun to notice a change abroad as there are now more female CEO’s in the industry in the United States and Europe than before, especially compared to South Africa where she feels we are a little behind the changing times.

“There are now a number of very influential women in executive positions, including the COO of Sotheby’s International Realty Global, Julie Leonhardt LaTorre.”

However, she admits that forging a career in a male-dominated field can be intimidating and challenging and that the women currently at the top of the industry have worked very hard to reach their goal. Geffen offers the following advice to others who strive to make their way up the real estate corporate ladder:

Be authentic and don’t be afraid to stand out as the only woman in a room as it can be a distinct advantage in terms of being heard and remembered;

Don’t underestimate the importance of being your own advocate and don’t be afraid to put yourself forward to ensure your colleagues and superiors know who you are and what you are capable of;

Pay attention to details from the get-go as it’s especially important for women to develop a thorough knowledge of their field and the expertise that makes them stand out as invaluable to an organization. It is also the best way to command respect;

Continually expand your network and develop contacts who will champion for you in your industry.

Geffen also believes that gender diversity in senior positions in any industry is crucial for a number of reasons, not least because the different management styles bring in new perspective and allows decision-making to become more multi-dimensional and thus more comprehensive.

Geffen concludes: “Regardless of whether they have management aspirations or not, real estate is still one of the best industries for women who want to create their own destinies. It’s one of those careers where you can be your own boss, set your own hours and reap the rewards of all your hard work.”

Stanley Rorke
Stanley Rorke, was was born and still resides in South Africa. He is the founder of WeThinkProperty Global and also the Editor in Chief of Rich Woman Real Estate Magazine.

According to Mike McGowan, the impact of COVID on the real estate market is significant and has forever changed the way our industry operates. This… 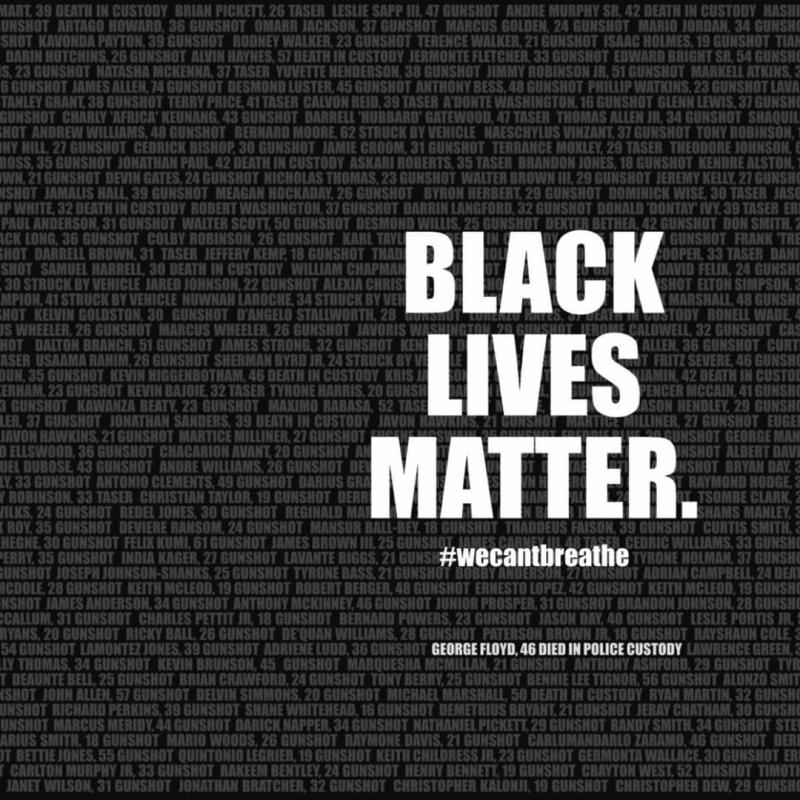 As Monday comes to a close, our African Correspondents tell us about the importance of today for our world and the African People who are… 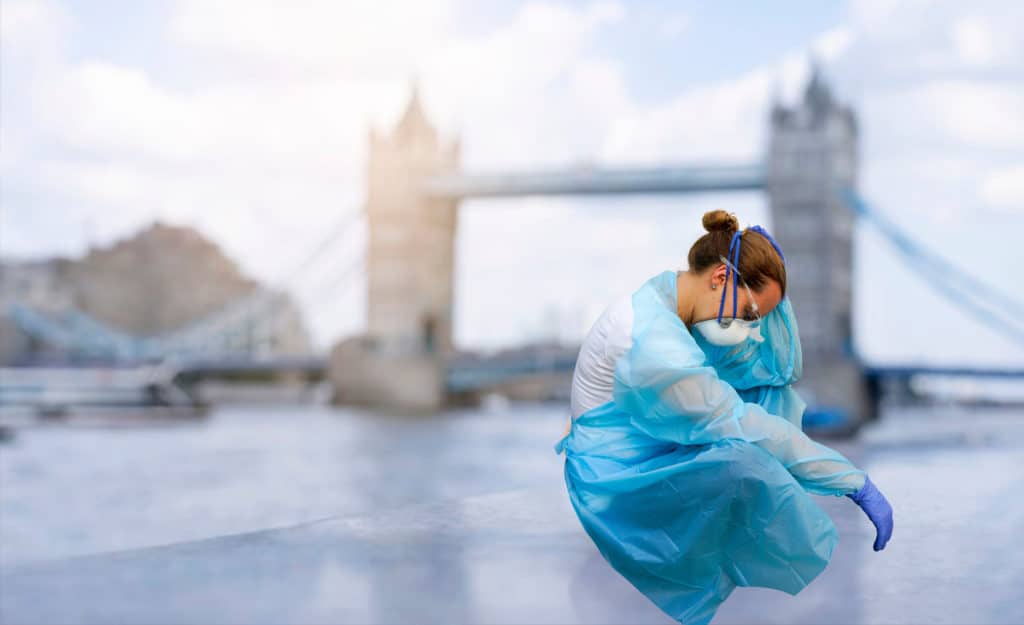 I had a happy childhood and knew at age of 3 years old when my mother gave me a nurse’s uniform as a Christmas present that I wanted to be a nurse. I actually carried a small tin of plasters to school everyday to put on my friends