Most of us consider ourselves to be allies to an extent – we wear our rainbow patches and BLM tote bags publicly and repost information on the new legislation or protests on our Instagram. Or, maybe we just condemn racism internally or think that since we have friends from different countries, we are allies. But allyship is more than that – it’s not an identity or a passive state – it’s about being actively engaging in the issues that face marginalized and underrepresented groups. The goal, in the end, is for underprivileged people to feel supported, but while 82% of White men and women report being allies to people of color, only 45% of Black women consider that they have strong allies at work.

Men can be allies for women, white people to people of Color, heterosexual or cisgender people to LGTBQ+ people. It is an active state and centers around speaking up and taking action – using your protected identity status to speak up for those who are in less privileged positions. For example, your Black colleague says her ideas are never listened to in the brainstorm meeting and she’s getting talked over. You don’t question it but take her word for it, and in the next meeting, you stand up to support her suggestion by referring to her previous accomplishments and emphasizing the validity of her ideas. You also use your privilege to question the process of choosing suggestions and drive for a more inclusive approach.

The most important qualities of an ally, besides taking an active role, are listening and learning. Learning about injustices and systems of oppression, as well as the group-specific factors makes sure that you have better tools for understanding your colleagues and take an active role in conversations. For example, to be an ally to your colleagues with disabilities, it’s good to learn of both the specific disabilities and their effects on working life, but also about systemic and structural issues that people with disabilities face. This equips you to have hard conversations, instead of staying quiet for being afraid of saying the wrong thing.

At work, use your privileged position to promote and sponsor others in marginalized positions. Promote their ideas and their work, and use your name to advocate forward their suggestions and endorse them for career opportunities. You can also recommend them for speaking opportunities, new projects, and as company representatives to events and meetings. You can also take part in employee resource groups to drive forward a more inclusive agenda that revolves around multiculturality if they accept allies.

Remember, allyship is not about you – don’t shift the conversation to yourself or your experiences, especially when talking about trauma or crisis. Instead, be an empathetic listener, ask how you can support them, and offer your resources, such as time, to help them out. It is easy to fall into the “savourism” trap because of allyship trending as a phenomenon or to soothe one’s bad conscience. Allyship is about stepping down to give space for others to speak up; it is not the meaning of allies to speak instead of the marginalized groups, but for them.

Yvener Duroseau is the author of Alike Regardless, which challenges humankind’s internalized division. It issues a call to arms to readers to recognize humanity’s beauty and uniqueness and take off the blinders of bigotry and hate.

Yvener Duroseau is a renowned diversity and inclusion motivational speaker and consultant, digital marketing entrepreneur, creative writer, and published author who lives by discipline, confidence, strong social awareness, and mindful listening — traits that serve him well in all his noble pursuits. 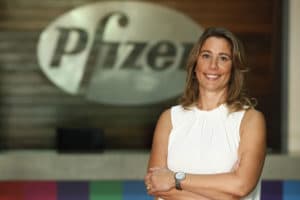 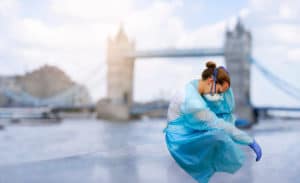 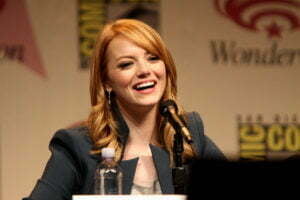 The Favourite Emma Stone On How To Hold A Conversation, Take Risks And Actually Be Excited To Fail