Learning Leadership from the Lioness

At sunset on the 23rd of December 2007, I find myself and my wife on an open train with no barriers moving slowly through an open park in Santosa Island, Singapore. Despite being assured of safety and security by my tour guide there is still the flow of adrenaline through my veins as I behold the wondrous creation of an artificial jungle and the many sound vibrations of wildlife gushing through the wind.

My ear drums were simultaneously struck by the trumpeting and rumbling of elephants, the gargling and grunts of the buffalo, the barking and braying of Zebras, the beats and bellows of antelopes and the inevitable roars of the King and Queen of the jungle: The Lion and Lioness. Fascinated and flabbergasted by all happening around me, I unconsciously sunk into my subconscious mind to have a private conversation with myself.

This moment of suspected innovation is however, abruptly interrupted by a Lion on my right which seems to bob-up from no-where. Like a plane jetting off a runway, my heartbeat triples; the silent beats of my heart suddenly become as loud as the drums of the night roaring from the fields of the Igala Kingdom (A Nigerian tribe in the middle-belt). Is this an emotion of fear, excitement or a mix of both? Did I almost get torn into pieces by a Lion during my honeymoon?

My wife burst into laughter at how scared she felt I was. Until this day I am fascinated by the Lion and Eagle family; my two favourite animals which represent two kinds of Leadership. One I consider the Lord of the skies and the other I consider the King and Queen of the Jungle.

THE MANED LIONESSES OF OKAVANGO

You can make a known anomaly become your reality:

The Mane is the fur that grows and covers the facial area of a Lion. Any member of the Lion family with a Mane is male. FEMALE LIONS DO NOT HAVE MANES. It is an exclusive right of the male Lion. It represents Leadership of Lion prides reserved for the male; it is a visual display to all wildlife of the dominance of the Lion over the Lioness. It is a physical attribute that the male is bigger and better than the female.

Does this resonate with my African Queens? Are there characteristics and attributes associated solely to Men? Is the male better than the female? Should we have ladies in leadership? These are questions that have led to many debates and gender equality movements in our world today. Could this puzzle not only resonate with African Queens but also the Lioness, the Queen of the jungle? I get my answer from a group of “Maned Lionesses” in Okavango in the jungles of Botswana.

The “Maned Lionesses” of Okavango in Botswana are a group of Lionesses who dared to defy the norm. Not only did they grow Manes, their roar is deeper and louder than the usual Lioness. Lion specialists, Veterinary doctors and Zoologists have all tried to postulate theories and reasons for these Lionesses. Experts have had to acknowledge the “The Maned Lioness” reality as a mystery.

Studies and analysis are still ongoing on the possibility of this reality. The best results are still labelled as hypotheses and no nailed down theories. These are Lionesses who have refused to be limited and prohibited by biology and philosophy. They have decided to stand out rather than blend in to the crowd. The “Maned Lionesses” have made a Paradox their reality.

Femininity is a plus, not a curse to Humanity

THE PARABLE Vs. THE PRINCIPLE

The “Maned Lionesses” reminds me of Queen Amina of Zazau (Present day Zaira in Nigeria) one of the few Warrior Queens to emerge from Africa. She was ruler for 34 years in the African Kingdom in the 1500s; a window of history when Women in Leadership was indeed an anomaly. During her tenure, she exceeded all limitations and expectations; she did not only remove all impediments to her nation’s direct access to the Atlantic Coast for trade-related reasons, but she also enlarged Zazzau’s territory up to Nupe and Kwarafa. To guarantee this, she personally led military missions of over 19,000 warriors.

There are 4 D’s to glean from the Lioness. In this edition we would look at Queen Amina who exemplified the first D like the “Maned Lioness”. She dared to be different. She became famous due to her inspiring leadership skills and for the fact that she dared to become a female warrior and she became a champion.

Female warriors and leaders were rare but she refused to be intimated and inhibited by a male dominated field. She dared the use of metal armour for warfare in Hausaland (Northern tribe in Nigeria), as well as erecting fortifications around Zazzau and her mission camps, some which still exist today.

She dared the practice of erecting defensive walls which became prominent throughout the Hausa states (Northern Nigeria) and these walls are known today as Amina walls. If Queen Amina could DARE to develop Manes in the 1500s with little or no Human right groups and gender equality movements, you can do the same today.

In more recent history, the names of Leading African Ladies are too many to mention though not sufficient. I’m inspired by Leading Ladies like Ellen Johnson Sirleaf, who broke all odds to rise to be the President of Liberia. She did not give up after losing to Charles Taylor in the 1997 Presidential election. She dared to contest again and again, in a male dominated field and, eventually, won. A Harvard educated leader, Ellen Johnson Sirleaf made history by becoming Africa’s first female elected president of state in Africa in 2006 and was re-elected in 2011.

The 2011 Noble Peace Prize laureate “for their non-violent struggle for the safety of women and for women’s rights to full participation in peace-building work.” Ellen Johnson Sirleaf attracted millions of dollars of Foreign direct investment and established a truth and reconciliation committee to probe corruption and heal ethnic tensions. If others did it you can too.

“A Leader emerges when you Dare what is Rare”

THE CLARION CALL FOR LEADERSHIPLike the “Maned Lioness” of Okavango, this is a challenge to all African Queens and readers to defy the norm and refuse all limitations society has enforced on the female gender. It’s time for the African Queen to break off their chains and believe they can Lead.

No one can make you inferior without your consent

It is an attempt to awaken the Leader within or for some sharpen the Leader without. It is sparking a revolution by the written word in the heart of every reader to realise and release their Leadership contributing to the productivity and prosperity of communities and societies in our world today. The clarion call is to dare to be different, dare to be confident, dare to be prominent and watch a new you emerge and your Leadership evolve. It’s time to Lead, it’s time to fly.

The most effective way to do it, is to do it.

Dr James Okpanachi
Dr. James Okpanachi, published author, philanthropist and visionary is the founder of RLC-Royal Leadership Consults and RIAPS-Royal Initiative Against Poverty and Starvation. These entities were spun out of his passion to bring transformation to the continent of Africa. RLC was born to raise Leaders that transform Nations.

Scientists now believe, and are proving, that our internal world significantly influences the external world. In other words, when we feel valued, respected, loved, and supported, we feel nurtured. And it is this nurturing that is the key to unlocking our full human potential. 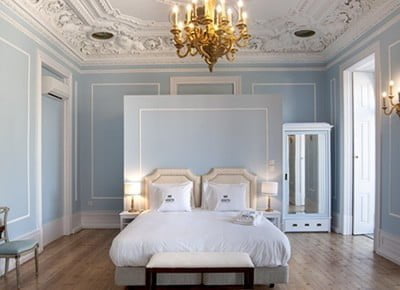 Love is the most powerful emotion of all times and while world history is filled with wars and controversy caused by love stories, music and… 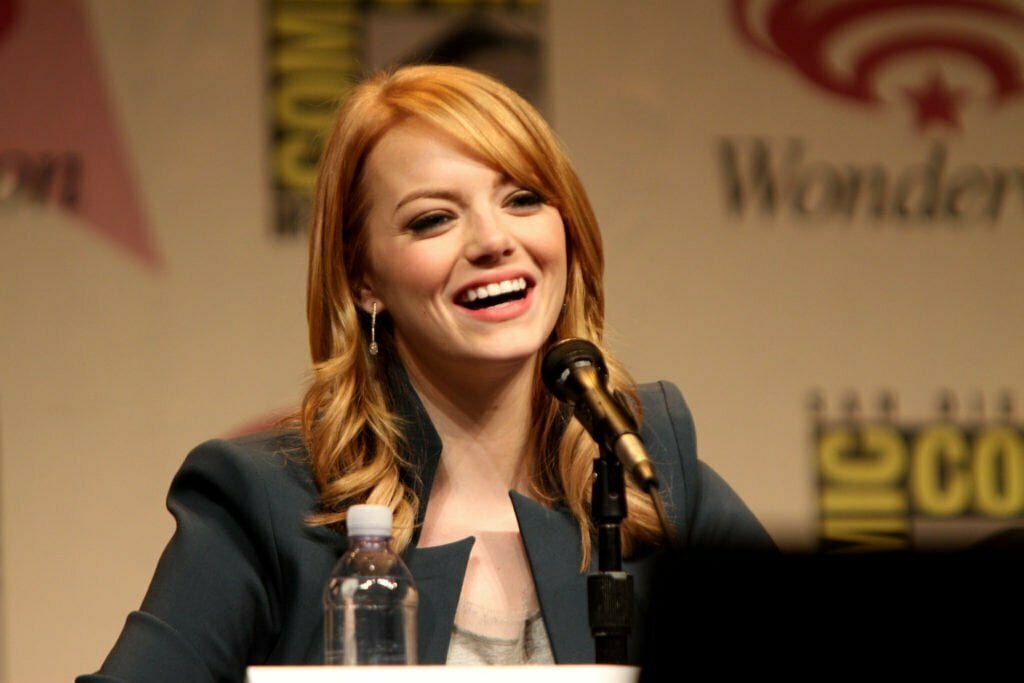 Emma Stone, our May Favourite Philanthropist, happens to be the favourite star of a film that brings together power, love, lust, romance, danger, suspense, comedy… 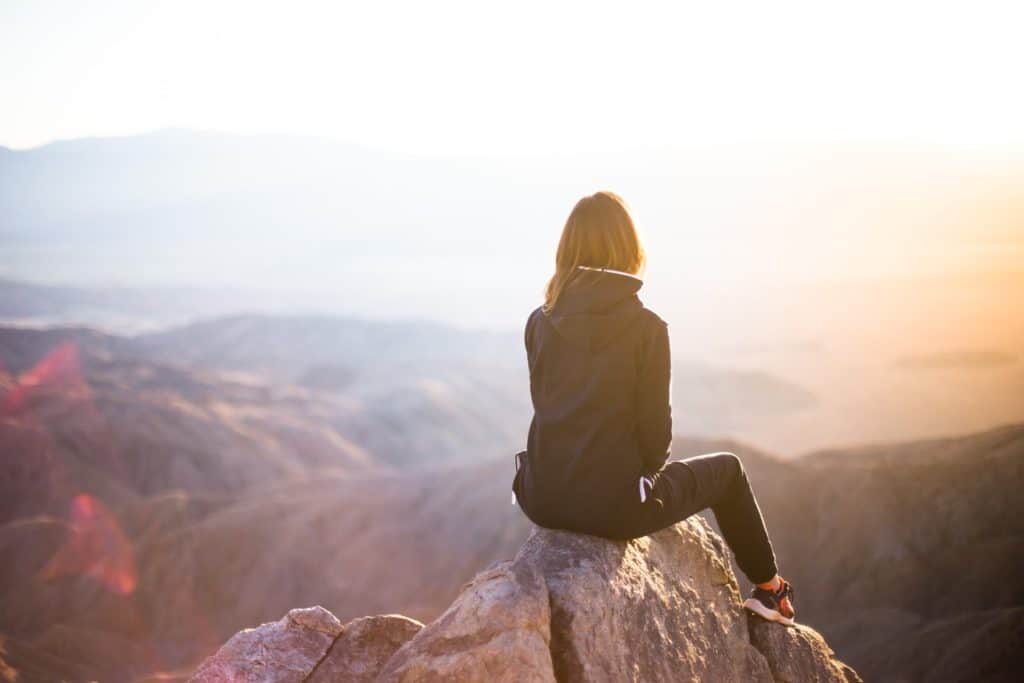 “She stood in the storm and when the wind did not blow her way, sheadjusted her sails” Elizabeth Edwards In the new world we find…